Home Voorpagina Lovisa Lindh: “It’s always important for me to focus on one race at the time” 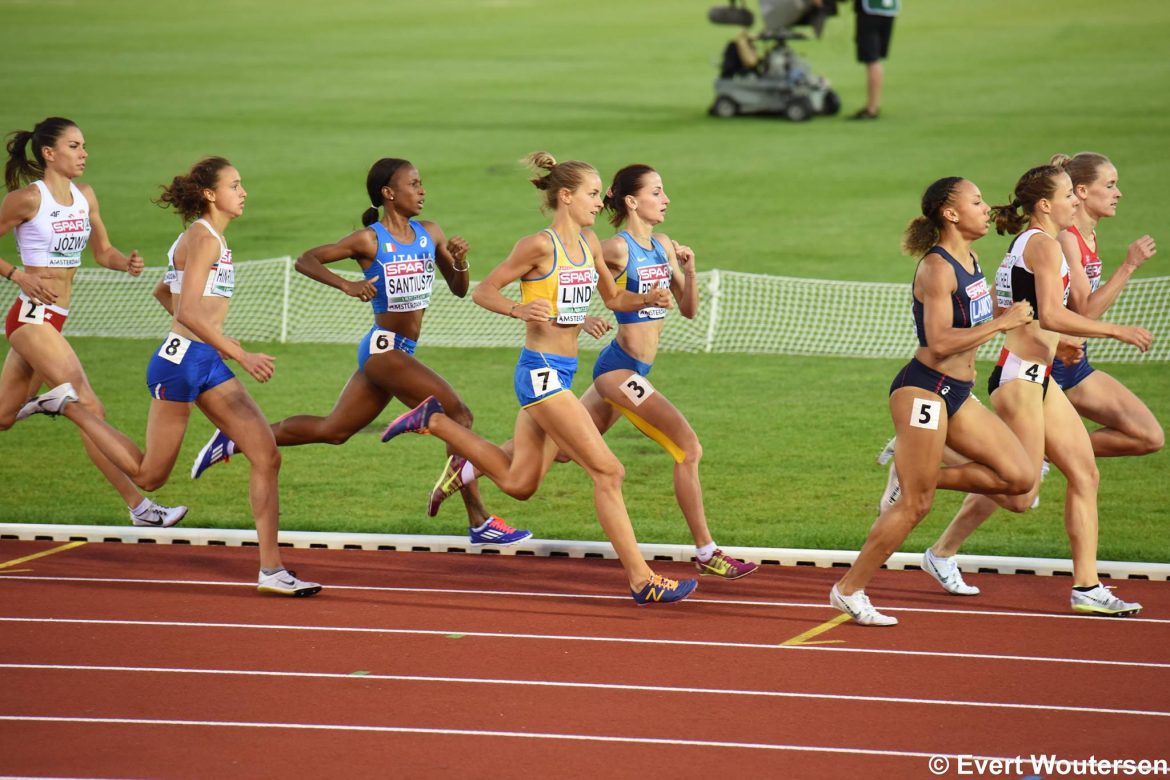 Lovisa Lindh: “It’s always important for me to focus on one race at the time”

This summer, the European Championships take place in Berlin. Lovisa Lindh is a Swedish 800m runner with an amazing 2016 season. During the European Championship in Amsterdam, she won the bronze medal on the 800m. This year, she was injured, so the preparations for Berlin are a bit different than other years. However, she qualified in her first race this season. To prepare for Berlin, she will go to her favourite running place to prepare herself for the Europeans in August.

In Rio, you ran for the first time under the 2 minutes. How was it possible for you to be at your best during the Olympics?

My season of 2016 was just amazing, from the first race in May till the last one in September. My biggest goal before the season started was Europeans and I actually didn’t think much about the Olympics at all; it even seemed impossible to get there with a PB almost 2,5 seconds above the Swedish standard. But everything went so well and just like that, I got selected. We were a bit unsure if I was able to get back in better shape after Europeans, but as it turned out it went very well. I broke my PB twice at Olympics and ran sub 2’ for the first time in the semis which was just like a dream!

In Lausanne last year, you ran 1.58,77, your personal best and a national record. Can you describe this amazing race?

The race in Lausanne was a bit different from my precious races last summer. I started my season very well, with a win in my first race and then two good Diamond League races with just a few runners in front of me. In Lausanne, I was one of the last girls, even though I’ve never started a race so quickly. It’s easy to get stressed if you feel that everyone else is so strong, but I was just trying to keep up the pace as good as possible all the way across the finish line.

I ran sub 2’ for the first time in the semis which was just like a dream!

There are a lot of places where you run. Which place do you like the most?

My absolute favourite place for running and training camps is St. Moritz. Every run gets so much easier to do in the landscape there; it’s insanely beautiful. I am very happy to go back there in a few weeks to prepare for Berlin.

London was your first World Championships where you qualified for, can you tell about this tournament?

Unfortunately, I got injured just the week before London, so I never started. This was heartbreaking; I don’t think that I’ve ever been in a better shape and I was so prepared for my first World Championship.

My coaches told me “You have beaten most of these girls, believe in yourself and you have a chance to win a medal”.

In Amsterdam two years ago you became third at the European Championships. What were your expectations when you came to that Europeans?

The Europeans in Amsterdam were my main goal that summer. I think I was ranked nr 13 in Europe before the Championship, so I had a dream about running the final. When I made it to the final my coaches told me “You have beaten most of these girls, believe in yourself and you have a chance to win a medal”. That medal is still the moment I am most proud of in my career so far.

This year the European Championships are in Berlin. What is your goal there?

My preparations have obviously been a bit different than before, coming back from my injury. I was happy to qualify for the championship in my first race, and now I will just not be in my best possible shape when I’m coming to Berlin. Right now I’m just focusing on the first race (the heats); it’s always important for me to focus on one race at the time and not just on the final.